“We cannot go after thousands of men until learn to win one.”

Claude C. Hopkins was one of advertising's greatest innovators and pioneers of the 20th century. He worked for various advertisers as a copywriter. In 1907, at the age of 41, he was hired by advertising giant Albert Lasker, owner of Lord & Thomas advertising.

Claude developed keys to successful advertising campaigns, many of which were outlined in his 1923 book, 'Scientific Advertising'. This book is still highly esteemed in the industry with principles that hold their weight 100 years later.

'Food shot from guns of peace':

The Quaker Oats Company struggled to sell their puffed rice and wheat cold cereals. Deemed boring and unsellable, other advertisers advised that they pull the products from their line.
However, Claude tapped into the hidden remarkability of the products he was tasked to sell that would earn customers' attention. He noted how the grains were shot from a type of gun while being processed, and thus the catch line 'food shot from the gun' was born. Advertising campaigns highlighted this remarkability, as well as the nourishment and convenience of cold cereal vs traditional hot, cooked cereals. 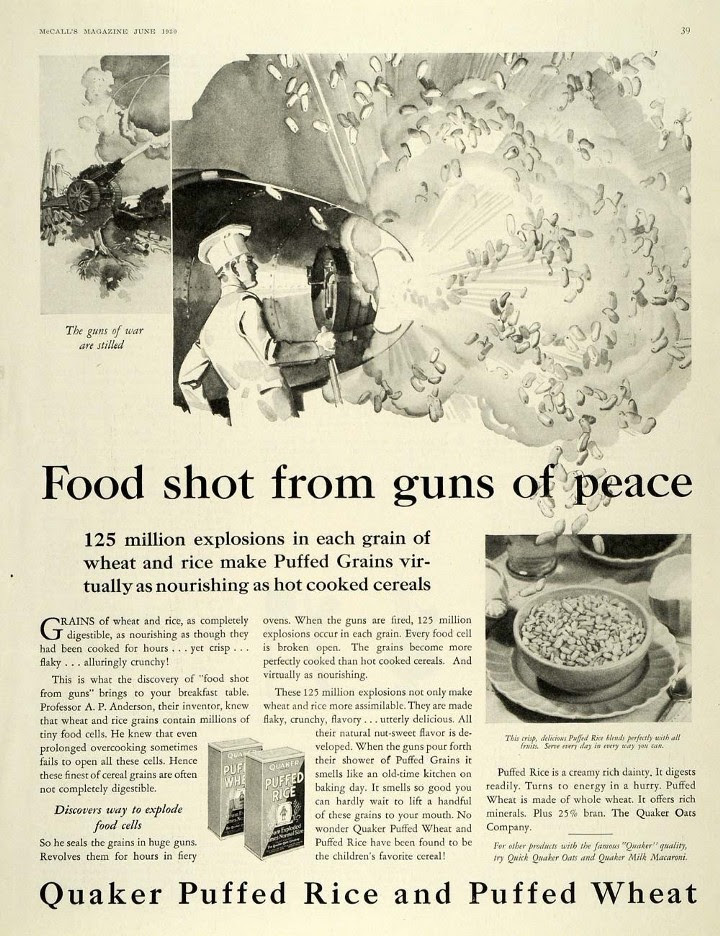 Hope, not fear
'All the world loves natural beauty':
Hopkins typically avoided using fear-based marketing tactics and instead focused on motivating consumers through hope. An example of this can be found in campaigns conducted for the PalmOlive soap company. Competitors strongly focused on fear-based advertising, insinuating that without their products consumers would struggle with wrinkles, skin problems and poor body odour.

Hopkins did something different; he tapped into the positive emotions surrounding beauty, and how one could achieve it - with PalmOlive soap, of course! 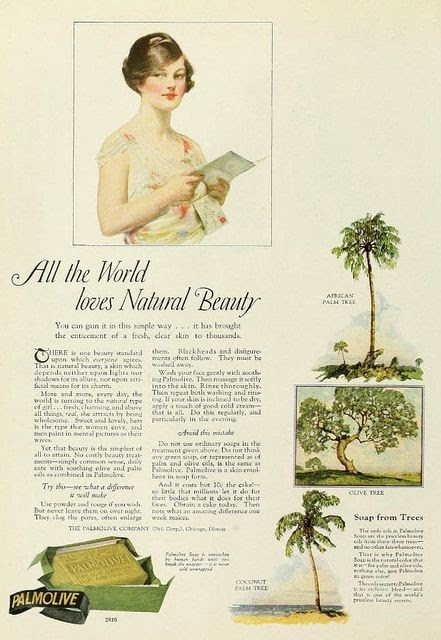 Market Research
'5 New Joys Await You':
Hopkins was tasked with a challenge - to promote PalmOlive's new shaving cream. Men of the time typically stuck with a shaving product that worked for them and didn't consider any other alternatives. This loyalty would be difficult to break with a product that was not better than competitors and didn't offer anything new.
Hopkins went straight to the source and conducted market research. He observed that men wanted a shaving product with a quick, luxurious lather that lasted. In the following campaigns, he highlighted exactly that; the results men liked, with the exact statistics of the product to support this claim. 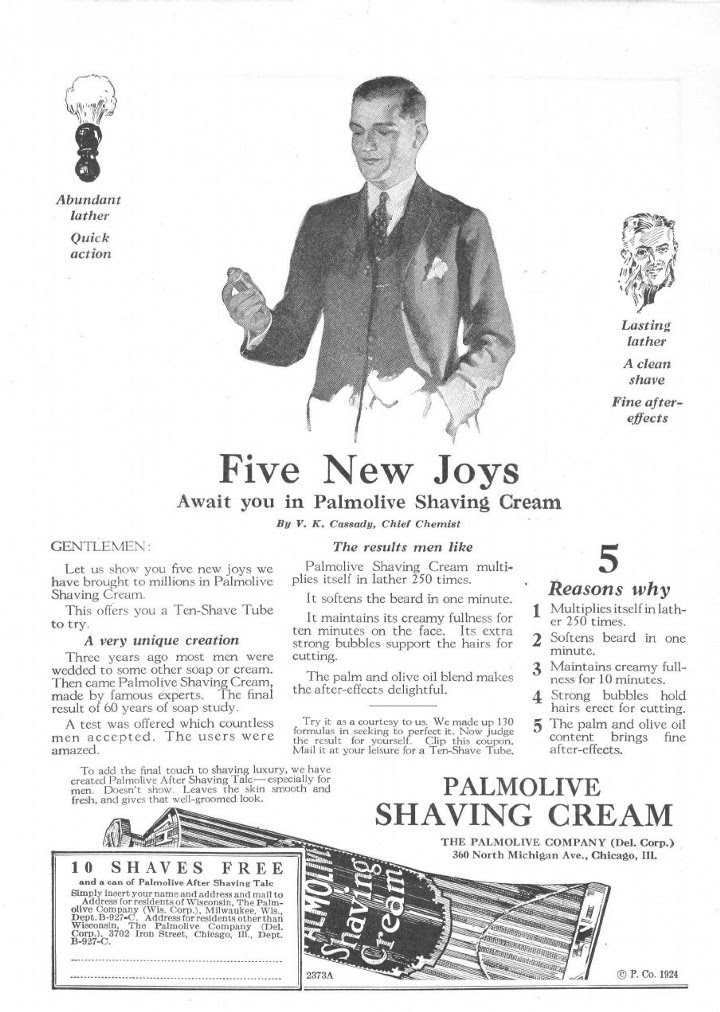 Weak Spots
'Let us cook for you':
Hopkins realised that certain routine behaviours were difficult to break, unless one was given a compelling reason to change their behaviour. By targeting the behaviour that was least resistant to change, a 'weak point', an advertiser could unravel and change consumer behaviour.
This is what he did when promoting Van Camps Baked Beans. He noted that making baked beans at home required hours of concentration and effort, and oftentimes beans would be burnt during the process. The campaigns that followed assured consumers that despite all the time required, they couldn't possibly make the beans better, so 'Why bother to try? Let us cook for you'. 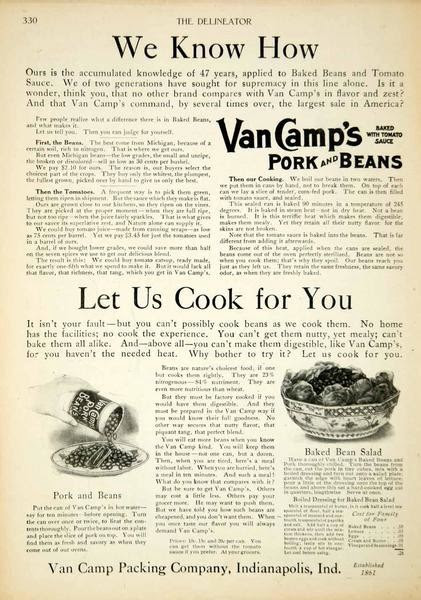 Use of Analytics
Most digital advertisers use analytics to track the behaviour of prospective customers. Hopkins developed his own methods of tracking the results of his advertising campaigns, albeit over 100 years ago.
He used coded coupons and then compared how many were submitted across different variations of an ad -  which had different headlines and offers. Through this in-depth analysis, he continually improved his ad results and the cost-effectiveness of his clients' advertising spend.
These principles still live on today and are customary within the industry. But let's not forget the trailblazing genius that created these concepts!
×
Stay Informed

When you subscribe to the blog, we will send you an e-mail when there are new updates on the site so you wouldn't miss them.

No comments made yet. Be the first to submit a comment

One-Stop Shop for Accounting
and Bookkeeping in Ottawa

Check what some of our clients are saying about our services.

We’d love to hear about your goals and aspirations. After understanding the big picture, we’ll dig into the details of your bookkeeping process so we can assess your needs.

Once we understand your needs, we’ll send over a proposal that outlines our plan for tackling your challenges and a fixed monthly price for those bookkeeping services.

Once you accept our proposal, we’ll get your bookkeeping tidied and up to date and begin implementing cloud accounting tools that will ensure proper bookkeeping going forward.

Once the set-up is done, the hard part is over. You’ll be connected to your CPA-level bookkeeper and they will become your main point of contact.

Once the clean up is done, the hard part is over. You’ll get connected to your bookkeeper and he/she will become your main point of contact. Don’t worry, we only select the best CPA or CPA students.

Stay up-to-date on the latest accounting news, tax updates, and financial tips. Stay ahead of the game and make informed financial decisions with our expert insights and analysis. Sign up now to start receiving our newsletter!

Trust in the superhero accountants of Numetrica to keep your numbers in order and for expert advice on growing your business. Numetrica specializes in providing clients with in-depth accounting and bookkeeping services in Canada and the United States as well as financial advice to assist you in making the right decisions for your business.